The 2018 edition of one of the largest and most influential choice polls in the Australian craft beer industry was released earlier this year. The GABS Hottest 100 Aussie Craft Beers shines a prevailing spotlight on the key trends, brands and breweries shaping the expanding craft beer industry.

A record of 31,000 beer enthusiasts and experts placed a staggering 155,000 votes for their favourite craft beers of the year, going on to then celebrate the iconic countdown on Sunday 27 January at one of the 45 official events held around Australia.

In its eleventh year, the poll highlighted emerging trends set to hit the industry, namely the rise of Queensland as the craft beer state to look out for, the growing popularity of independently owned breweries, as well as ‘localism’ and its impact on the industry.

With a list compromised of a massive 2,350 beers, from over 260 breweries Australia-wide, Gold Coast brewery Balter, jumped in at number one for the second year running. Owned by the team of champion surfers Mick Fanning, Joel Parkinson, Josh Kerr and Bede Durbidge, their XPA (Extra Pale Ale) got them the number one spot, as well as another two beers into the top ten, with their IIPA (Double IPA) and IPA (Indian Pale Ale) coming in at sixth and seventh on the list.

Another three of Balter’s beers also made the list, making a total of six beers in total to make the hottest 100, the most beers from a brewery, alongside Capital Brewery in ACT.  Needless to say, Balter is proving themselves to be a force to be reckoned with within the craft beer industry, and a pioneer for the craft beer industry in Queensland.

As evidenced by Balter’s IIPA number one ranking, a prevalent trend highlighted in the popular Australian poll was the emergence of Queensland as the craft beer juggernaut of the Australian craft beer industry, increasing their numbers from 2017 (with 15 beers and 5 breweries making it to the top 100), to now 22 beers from 9 breweries in 2019.

On a broader scale, we also saw localism play a part in influencing the results and how craft beer drinkers voted, with the Sunshine Coast displaying a provincial approach when voting, supporting local breweries Your Mates, 10 Toes and Brouhaha and getting them into the esteemed Hottest 100 of the year. Overall, 88% of the beers in the top 100 came from independently owned companies, this a result of the ‘Independent Seal’, launched in May last year by the Independent Brewers Association. The seal aimed to help educate craft beer drinkers about brewery ownership.

With a team consisting of GABS Beer, Cider & Food Fest, The Local Taphouse and Stomping Ground Brewing Co, the GABS Hottest 100 Aussie Craft Beers poll has become a staple event for breweries and craft beer drinkers alike. Not only this, the poll has become a prominent sales driver for those  within the industry, with breweries happily experiencing boosted brand awareness and a boost in sales, with bars, retailers and beer drinkers using the poll results as guide when deciding what to buy.

The GABS Hottest 100 has grown to be an annual tradition that has risen in popularity alongside the burgeoning craft beer industry. It has also shown the way breweries are now pushing the boundaries in terms of style, technique and creativity, paving the way for a new era in Australian craft beer. 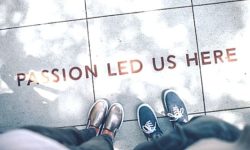 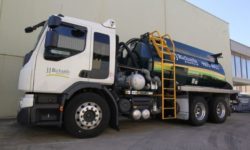 Use-By or Best Before Date?