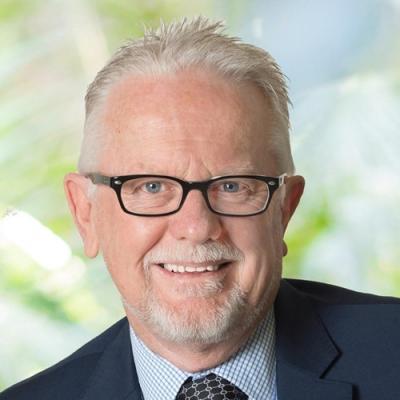 Mark is the Chairman of The SuperCool Group of Companies which operate in global mobile air-conditioning equipment, transport refrigeration, compressor design and manufacture, refrigeration tools and equipment, industrial hoses and connections, and temperature monitoring solutions for the cold chain.

The companies operate from a purpose built HVAC and Refrigeration Testing Centre at Ormeau in the Brisbane-Gold Coast region (SuperTest), and from corporate offices in Hong Kong, China and Europe. SuperCool has achieved recognition in Australia and Asia from the transport and refrigeration industry because of its capabilities in testing refrigeration, air conditioning and climate control systems in large vehicles and other HVAC/R applications.

Mark Mitchell is a former vehicle air conditioning installer and repairer in the days before factory air was fitted to most vehicles, and he is now a committed member of the HVAC/R industry Well known brands owned and manufactured under the SuperCool Group umbrella include Unicla, Burgaflex, Euroscan and SuperSense.

His expertise is valued by many authorities, among them the Australian Government who sent him to Brussels a few years ago to represent Australia at a global forum on mobile air conditioning and refrigeration. In late 2014, Mark represented Carrier Transicold Australia at a summit in London that brought together leading world experts to consider the impact of refrigeration and transport, and the cold chain on global food wastage. Mark has been committed to the food waste reduction challenge ever since.

Mark sits on the board on the of Refrigerant Reclaim Australia, and was the foundation president of VASA, formed by mobile air conditioning specialists more than 25 years ago. VASA's mission was to steer technical training and government understanding of the growing vehicle air conditioning sector. He is still a director of this organisation. Mark played a big role in the early development of the current national refrigerant handling licensing and authorisation scheme (ARC) aimed at preventing environmental damage from accidental or indiscriminate release of ozone destroying and greenhouse gases. In 2017 Mark helped form the Australian Food Cold Chain Council and is its current Chairman.

The SuperCool philosophy is to help industry develop equipment and processes to achieve improved thermal efficiencies to deliver people and food safely.